Warning: Parameter 2 to qtranxf_postsFilter() expected to be a reference, value given in /home/wester44/public_html/old/wp-includes/class-wp-hook.php on line 286
 Inside Afrin: What is the situation in the midst of internal migration and water cuts? - Western Armenia TV Western Armenia TV 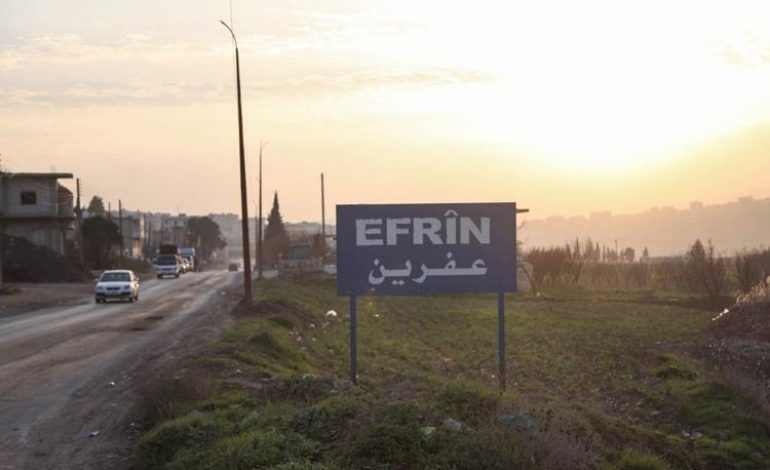 KARIN – Journalist Fatma Koçak has reported the latest news from Afrin which has been under attack of the Turkey and conjoint groups since 54 days. While stating that there is an emergent need of food and water for the migrants in the camps, Koçak draws attention to the ‘human insecurity’ of immigrants. Koçak reports that there is an ‘internal migration’ from bombarded villages to the city center and summarizes the ongoing situation in the city center: “Many places in the city center, including the buildings under construction, are already overpopulated. Thousands of people are facing thirst, the corridor Aleppo where the humanitarian aid was coming is under bombardment, bakeries are closed down, famine is around the corner…”

Turkey’s Afrin operation, along with Free Syrian Army has reached the 54th day. In the second month of the operation which was started attacks are reaching to the city center.

Afrin, recorded as the ‘most secure place’ since the beginning of the Syrian crisis according to the official numbers, has approximately received 400 thousand immigrants. According to the Afrin Canton Immigration Office’s data, thousands of people still live in the camps of Serawa district.

However, with the strike of the attacks of Turkey and its conjoint units to the city center, camp residents who have not received any aid from the UN but who have been handling with the support of local authorities in Afrin, are now facing with food and water shortage.

The ‘human security’ of camp residents who fled from the war in Idlib, Al-Bab, Hama, Homs and who sought refuge in the camps is threatened by ground attacks and air strikes of Turkey. Thousands of people internally migrated to the city center

While the situation of external migration is reported as such, inhabitants of the villages tend to migrate internally and to flee towards the city center since the beginning of the attacks on the January 20th.

Many places in the city center, including the buildings under construction, are already overpopulated.

The administration of Afrin Canton already evacuated some families from the city, yet around 500 thousand people remain in the center.

Aleppo Corridor is under bombardment, bakeries are closed, and the famine is around the corner.

The Aleppo Corridor, Afrin’s only opened door to the rest of the world, is constantly being bombed by Turkey. Therefore, providing food and fuel supplies has become difficult.

Almost ten bakeries are closed, people are queuing in front of the bakeries. Even though it is not yet openly expressed, the famine is around the corner in the city where the stocks began to drain. Hundreds of thousands are facing thirst, the risk of disease outbreaks

Another problem in the besieged Afrin is the access to the drinking water. Hundreds of thousands are facing thirst.

The dam in Meydanke district, which is the main water supply of the Afrin city center, has been bombarded since the first day of the attacks. Finally, the city access to water was cut off after the water treatment plant on the Meydanke Dam has recently been targeted by a Turkish airstrike. The municipality authorities draw attention that these water wells were not in use for the past 30 years. Since running a test is not possible, there is a high risk of disease outbreak due to the water.

If the siege continues, there will be serious water crisis in the city.

The inhabitants of Afrin are warned to boil the water before drinking, especially for the kids, as a preventative measure by the doctors in the Avrin Hospital.

Rise in miscarriage and preterm labor

The situation is getting worse each and every day, especially for children and pregnant women.

According to the records of Avrin Hospital, while the ratio of miscarriages and preterm labors were about %1 before the January 20th, they are now highly increased.

Many of the pregnant women deliver preterm labor or go under miscarriages because of the bombardments.

Authorities are reporting that their newborn unit is full: “The war affects the newborns even before the labor. Therefore, many pregnant women come to our hospital. The newborn unit is overpopulated and there is almost no possibility of treatment for these babies. Even in some cases, we have to put two newborns together into one incubator.”

As the news agency gazetekarinca.com reported.


Warning: Parameter 2 to qtranxf_postsFilter() expected to be a reference, value given in /home/wester44/public_html/old/wp-includes/class-wp-hook.php on line 286 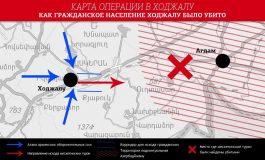 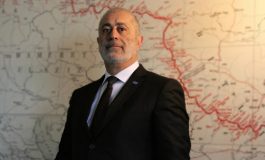 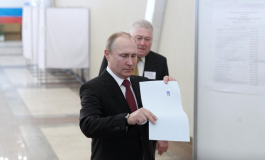 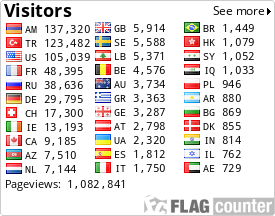